Backstage beauty at the Derek Lam Spring/Summer 2013 Show at Mercedes-Benz Fashion Week was based on an inspiration of the modern, urban, understated look of the clothes. We saw a look that that was described by Estee Lauder Creative Makeup Director Tom Pecheux as “slightly romantic and aquatic”. Read on for more…

On the eyes, Pure Color Stay-on Shadow Paints was applied in Cosmic, Extreme Emerald, Halo and Steel, which are new waterproof cream eyeshadows launching in January. Pecheux assures us that these cream eyeshadows will be very long-wear.  And similar to at other shows I’ve seen this Fashion Week, no mascara was used.  On the lips, more of the Pure Color Stay-on Shadow Paints are applied–for the runway. This isn’t something you’d do in real life. This was a very soft, romantic look, so no cheek contouring was done; it was all about the eyes.

Famed manicurist Jin Soon Choi and her team did the nails with new Estée Lauder Pure Color Nail Lacquer in So Vain (launching March 2013); a slightly shimmery, nude shade.  Nude nails will be a key trend for spring–they were everywhere.

For hair, Orlando Pita for PHYTO  and T3 (on beauty.com) created a groomed. simple, straight look.  To get the look,  hair was blow dried using the T3 Featherweight Luxe 2i Hair Dryer and a round brush. Then spritz PHYTO Phytovolume Actif Volumizer at the roots and apply PHYTO Professional Intense Volume Mousse through hair for added volume and texture. Create a deep side part and use PHYTO Phyto 7 Daily Hydrating Botanical Cream to smooth any fly away. Finish with PHYTO Workable Holding Spray.

For T3 fans, exciting news, as the new T3 Featherweight Luxe 2i Hair Dryer made it’s backstage debut. It’s significantly lighter than the previous one and significantly cuts down on drying time and frizz. I definitely want to to give this one a try.

Overall, the beauty look for the Derek Lam woman for spring was elegant, romantic and modern.  Is this a look you would wear? Let me know in the comments! 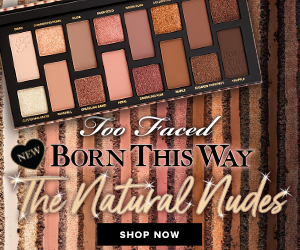